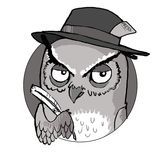 4H, 3G, 2F… say what? That pretty much sums up how I feel about this new schedule. Now I’m no mathematician, and I applaud anyone who can assemble something as intricate as this, so, a forewarning; this isn’t intended to offend anyone! However, I really don’t see why our schedule had to be changed so drastically. I’m starting my sophomore year of high school more disoriented than I was my freshman year.

Instead of using my laziness to memorize the schedule as an argument to return to the old one, I decided to ask other students about their personal opinions on the change. Louise Lu ’18, who is in favor of the new schedule argued, “The new schedule is the only way we can have a later start time for school, so it works well.” I agree with Louise on this: sleep is important and I love the idea of more of it. However a large number of students use the first period, meaning this wonderful idea of sleep doesn’t apply to nearly half of the student body. Alexandra Li ’19, who is not in favor of the new schedule explained, “I personally think that it is unnecessary. I’m not able to take some of the classes that I wanted to take; there are a lot of schedule conflicts. It’s also confusing and hard to remember twelve different period rotations; the 4,3,2,1 system was simple. I have a friend who isn’t taking a period 1 class and her parents leave for work early, so she has to walk to school, which takes about forty minutes from where she lives.”

Another issue that I’ve come across, and I’m sure many others have as well, is that there is only one period (not including period 1) to use for electives (though this does not apply to some juniors and seniors who have checked off all of their elective requirements). This means we now have fewer opportunities to try a class that may be of some interest to us.

Enough about my personal opinions though. Now for the actual facts: in addition to the small amount of flexibility in our schedules, the way it is set up conflicts with the amount of time we spend in morning classes. For those who have a math class in the morning and aren’t fans of math, you’re in luck! In all seriousness however, students are at a disadvantage because their morning classes do not meet as many times in the week as the afternoon classes. It is true that the morning classes go three minutes over an hour, but if teachers have to combine multiple lessons into one period, things could get stressful. I was able to get an insider’s idea of how some of the teachers are feeling about the new schedule. Chemistry teacher, Ms. Yang, explained, “It is hard because my afternoon classes are going to meet more often than my morning classes, so they will always be one lesson ahead, which could get confusing.”

Whether it’s the intricate period rotations, limited flexibility to take electives, scheduling conflicts, or transportation conflicts, the bottom line is, I prefer the previous, simple scheduleーhigh school is complicated enough.